Overlord is good stuck in a game anime with an overpowered character done right, so why is there no sequel so far, and will we ever get the Overlord Season 4 announcement and release date?

Without the fourth season, we will never learn if Ainz will manage to conquer Yggdrasil’s whole world or someone strong enough will show up to give him a challenge. Plus, there are plenty of plot points that people would love to get answers to that we didn’t get in season 3, like if there are other players present in the world.

The only way to learn that without a sequel would be to read the light novels, but after three seasons, most people will wait and hope that there will be the fourth season.

The problem is that fans are waiting almost three years since the ending of Overlord season 3 for a fourth season, but so far, Overlord Season 4 didn’t get officially announced. So let’s examine if there are any plans to continue the anime series in 2021.

How Can We Determine If There Will Be Overlord Season 4?

In the past few years, I looked at hundreds of anime series and examined them to analyze why they didn’t get a sequel or why they managed to get another season green-lit.

I discovered that the best information to check out is the source material’s status, sales, and popularity to determine if there will be a sequel.

So I did the same analysis for Overlord in this post. That means that if you want to know the chances of Overlord s4, you should read this comprehensive article.

I will present you the information that I analyzed in 3 short sections in this article and tell you if you should expect the Overlord season 4 release date to get announced in 2021.

The source material is essential because most anime series are just adaptations from an existing property. It’s usually either from manga, light novel, visual novel, or sometimes even mobile games.

For Overlord, the source material the anime is using is the light novel.

The most important stuff we need to check is how many light novels the series released so far and if the story will end soon. If the story is ending, that could hurt the prospects of continuation.

The second most important thing is how many light novels got used in making the first three seasons of the Overlord anime. Maybe there won’t be source material available for a while for a sequel like what happened to No Game No Life Season 2.

How many volumes does Overlord Have?

Is the Overlord light novel finished?

The Overlord light novels are still ongoing, so the Overlord story is not over yet. The latest volume by the author Kugane Maruyama got released in Japan on March 12, 2020.

Which light novels does the anime of Overlord cover?

Overlord adapted three light novels each season, so volumes one to nine got already used for the Overlord anime adaptation from Madhouse. That means light novel volume 10 is where a new season would start if they don’t plan to cover some of the stuff they skipped in the first three seasons.

Conclusion for Source Material The Overlord story is not finished yet, and there is more than enough source material for at least one more Overlord season in 2021. That means source material is not a problem that would prevent a possible sequel from getting announced.

Overlord already got three single cour anime seasons, so you could argue it makes money. The problem is that usually, each sequel makes less and less money.

It’s entirely reasonable for a sequel to drop around 15-25% in terms of profit.

That’s why we need to look at how well the 2nd and 3rd seasons did in terms of profit. If it was a significant drop, it could mean the franchise is no longer profitable, like in the case of Noragami and why there is no Noragami Season 3 announced yet.

The drop in Blu-Ray is reasonable since people aren’t buying them anymore as they used back in 2015. I would say the numbers are good for 2018, even if it’s a 40% drop.

Most series struggle to sell even 2,000 per disk in 2021, which includes gigantic hits like OPM. There will still be One Punch Man Season 3 because of streaming money since that replaced Blu-Ray sales for most series.

The light novel sales may surprise you, but Overlord is the second best selling light novel per volume, just behind Sword Art Online. Each volume sells more than 200,000 copies.

Volume 13 sold more than 235,000 copies, and the latest volume 14 sold more than 228,000 copies according to yearly light novel sales rankings from Oricon. Being one of the highest-selling series per volume sounds fantastic, but it’s just one volume per year.

Other series like Wise Man’s Grandchild or Goblin Slayer release 2 to 4 light novels per year. The fun fact is that a single volume of Overlord sells more than both combined, so I wonder what the odds are for Goblin Slayer Season 2 and Kenja no Mago Season 2.

Around 30 figures are available for Overlord, and most of them are Albedo and a few Ainz plus one for EvilEye, Narberal, and Shalltear. There are also around 300 goods manufactured for Overlord.

For a series with three seasons, I did expect a little more merch and figures for Overlord. For comparison, Konosuba Season 3 didn’t even happen yet, but Konosuba has already more than 1150 merch pieces and 110 figures.

The first season of Overlord got around 40% more figures and merch than the second and third season did.

There is a mobile game available for Overlord called Mass For The Dead that is playable in Japan and the USA. The game is doing fine with more than 700,000 Dollars in Japan in March 2021. I think the USA version ended service already.

Overlord never got a real game for PC or console like Accel World or other popular franchises. That’s a shame since it would be awesome to play as Ainz or Demiurge. Not sure if it would help with a sequel since there is still no Accel World season 2.

The above are just the main methods an anime adaptation can generate profit. There are more ways anime makes money. I won’t post all of them here because the rest are usually only a small part of the profits.

Conclusion for Sales & Profit The good news is that profit is still good even after the 3rd season of Overlord. It’s a little bit less than season one. However, it is still more than enough not to be a problem for Kadokawa and the production committee.

We are interested in how the popularity of the Overlord franchise is holding after the third season. That means looking at the official website, social media, Google trends, MyAnimeList rankings, copies in print, and if there is new merchandise.

Sequels are usually less popular than the first season, so I wonder if it’s for Overlord the same.

If nothing else, Overlord season one was popular enough to do two additional seasons for it. The Misfit of Demon King Academy season 2 got recently announced if you want something similar to Overlord while waiting for season 4.

Overlord’s official website was last updated in 2020 with news about Overlord’s 14th light novel volume. The official Twitter account for this franchise with 110,000 followers tweeted in May 2021 about Event for Overlord on May 8th.

Surprisingly according to Google trends, the 3rd season of Overlord was the most popular so far. It had twice as many searches as the first season that aired in 2015. Sequels usually drop in popularity, so this is awesome to see. Currently, the search volume is about 20% of peak worldwide and 10% in Japan.

New merchandise is usually a great indicator of how well the series is doing. And there were few new figures announced recently. There are also new T-shirts and Keychains to pre-order in 2021 for Overlord.

Conclusion for Popularity The series is still lively, evident from the social media and new merch. Not to mention the promotion with the Isekai Quartet Overlord is getting. I would say the fans are still there for this franchise, even stronger than before.

Will Overlord Get a Season 4?

There is no reason that Overlord Season 4 shouldn’t get green-lit. The sales, popularity, and even source material are there. It would be a big surprise for me if Overlord didn’t get another season announced in 2021 or 2022.

Don’t expect the release date to be in early 2021. That is unlikely in the current state of the world. I would say Overlord Season 4 release date will be in late 2021 or early 2022.

I did read some rumors that Overlord Season 4 was said to happen at some anime convention. Still, I would wait for an official announcement about it.

And let’s all hope that Overlord Season 4 will get better CGI. I wonder if Madhouse will do the 4th season. I heard they currently have three projects, and one has already been announced to be an original anime from Shingo Natsume for 2021.

UPDATE FOR OVERLORD SEASON 4 Overlord season 4 and a new movie covering the Holy Kingdom got announced on 8th May. No Release date has yet been announced. It was confirmed that Madhouse will be doing season 4 of Overlord.

This article will get updated again later with a release date when it will be available. In the meantime, you can check the anime-continue category if you are curious about the chances of some other series receiving a continuation.

I hope this article helped you understand that Overlord Season 4 has already been announced in 2021.

Will There Be Konosuba Season 3? (Best Information for 2021)

Will There Be Goblin Slayer Season 2? (Best Information 2021) 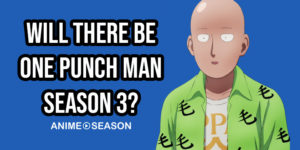